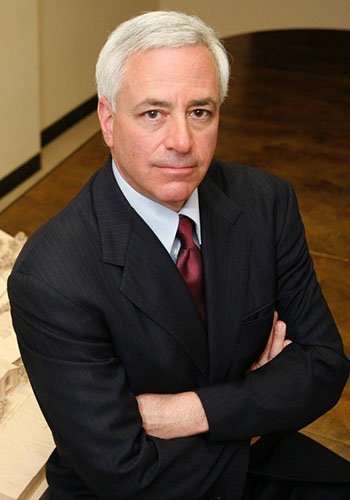 Barry Groveman is the managing partner at Groveman / Hiete LLP with offices in Los Angeles County and Ventura County, California.

Over the past three and a half decades, he served as chair of the public and environmental Law practice in one of the top national law firms in the United States and later, a statewide law firm in California. Over his career he has handled several landmark cases in the field of environmental law and occupational safety on behalf of public entities, multi-national corporations, small businesses and individual clients. He is experienced in the practice of administrative, civil and criminal law, has extensive trial experience, has conducted numerous complex criminal preliminary hearings, experience in law and motion and has drafted portions of numerous California statutes and municipal ordinances.

Mr. Groveman began his legal career in 1979 when he joined the Los Angeles City Attorney’s Office, serving as a criminal trial deputy. He was later appointed to head the Environmental Protection Division, where he served as Environmental Counsel to City Commissions and Departments, including the Department of Public works, the Los Angeles City Council and the Mayor of Los Angeles. He handled matters related to air, water, hazardous waste, endangered species, noise pollution, historic preservation and transportation. He established and chaired the “Los Angeles Toxic Waste Strike Force,” which was one of the first, successful efforts in the nation established to investigate and prosecute serious environmental crimes.

In 1984 he joined the Los Angeles County District Attorney’s office where he served as Special Assistant District Attorney and head of the Environmental Crimes/OSHA Division. He continued to investigate and prosecute environmental crimes and workplace related deaths and led an expanded, county-wide Toxic Waste Strike Force.

In his private practice, Mr. Groveman has represented numerous businesses and individuals charged with crimes pursuant to California’s Health and Safety Code, Oil Spill Prevention Act and Occupational Health and Safety Laws. In 1994-1996, he represented Southwire, Inc., a multi-national corporation charged with a federal environmental crime in South Carolina District Court. The crime involved the illegal shipment of contaminated material from the U.S. to the country of Bangladesh. As part of a successful plea agreement he negotiated with the United States Department of Justice, Mr. Groveman traveled to Bangladesh with representatives of the State Department and USEPA to help negotiate an agreement to retrieve the contaminated material and return it to the United States. This was a unique case involving an international victim of a federal environmental crime and involved negotiations and resolution of conflicting laws among different countries.

Mr. Groveman has served as environmental counsel to the Los Angeles Unified School District for over 30 years. He has assisted the District on matters involving environmentally-impacted school sites, the purchase and construction of new school sites, and general environmental counseling. In 1999 Mr. Groveman was appointed by the Los Angeles Board of Education to head the “School Safety Team”, and to conduct an independent investigation looking into environmental problems concerning several school sites within the Los Angeles Unified School District. Along with other members of the Safety Team he helped expose the over $250 million Belmont Learning Center fiasco, successfully recommended halting construction of the school and played a significant role in the shake up and removal of those responsible. The Safety Team also identified serious asbestos problems in several schools leading to temporary closure of Roosevelt High and Palisades High to assure proper asbestos remediation was achieved and procedures were in place.

Mr. Groveman also represented water agencies and public utilities in matters relating to the cleanup of contaminated groundwater concerning several superfund sites throughout the San Gabriel Valley. He was one of the lead attorneys to negotiate a landmark $200 million settlement that requires eight companies to clean up the San Gabriel Valley basin over a 15-year period.

In 2002 Mr. Groveman was appointed by a member of the California State Senate to serve as Chair of the “Inland Empire Perchlorate Task Force” which was responsible for coordinating the investigation and response to the serious perchlorate water contamination crisis impacting approximately 20 drinking water wells and 500,000 people in the Inland Empire. He served as lead counsel to the West Valley Water District in their efforts to recover costs for the loss of over 50% of their drinking water wells due to perchlorate contamination. Of note, Mr Groveman helped develop and implement an “out of the box” strategy to raise over $20 million from Federal and State officials to fund the first bio -treatment drinking water system in CA to help restore precious drinking water wells in the Inland Empire.  Mr Groveman participated in the drafting of California Water Code Section 13304(a), which provides authority for local water boards to issue water replacement orders against parties responsible for polluting groundwater.

Mr. Groveman served as special counsel to the City of South Pasadena on CEQA issues related to the expansion of a local school campus, as well as advocacy relating to environmental impacts associated with the extension of the Gold Line running through the City. He also served as lead counsel to the City of Santa Monica in several matters involving the restoration of drinking water wells and recovery of costs associated with MtBE contamination. Similarly, he acted as lead counsel for the City of Morro Bay in a matter relating to MtBE contamination threatening the City’s drinking water supply. These were among the first cases involving the contaminant “MtBE. (see article: Shell Will Clean Up MTBE In Morro; [Santa Monica’s] Cleanup Pact with Mobile Sets a Precedent)

Mr. Groveman has handled complex civil litigation involving asbestos victims and the defense of toxic tort matters including one of the largest filed in San Gabriel Valley, which involved several thousand plaintiffs and numerous appeals.

Mr. Groveman has drafted portions of local ordinances and state statutes, including portions of California Health and Safety Code section 25189.5 —elevated the range of penalties for illegal disposal of hazardous materials from misdemeanors to felonies; Water Code section 13304(a) (formerly SB 1004)–gave authority to Regional Water Quality Control Boards to issue water replacement orders to parties responsible for polluting drinking water; Education Code: sections 17213, 17213.1, 17213.2—toughened building and safety requirements for schools to protect students and employees; and the Calabasas Second Hand Smoke Control Ordinance. In addition, in 1986, Mr. Groveman was the principal co-author of the landmark law, Proposition 65, the “Safe Drinking Water and Toxic Enforcement Act of 1986 and later campaigned for its successful passage.

As a local elected City Councilman and Mayor, Mr. Groveman acquired legal and practical perspectives on the adoption and implementation of public laws, as well as the process involved in the review and approval of proposed development projects. For example, as a councilmember and mayor, Mr. Groveman regularly reviewed and performed a judicial function relating to complex CEQA, local land use, and permitting issues and served as a liaison to various other governmental agencies, as well as sitting on and participating in many local government committees and boards.

Adjunct Professor of Environmental Law at Southwestern University School of Law in Los Angeles, California from 1982-1989